History and Story of Maihar

It is said that mother always sits on high places. The way devotees reach Vaishno Devi by crossing the mountains to have darshan of Maa Durga. Similarly, in Satna district of Madhya Pradesh, 1063 steps are taken to visit the mother. Situated on the Trikut mountain in Maihar tehsil of Satna district, this temple of Mata is called the temple of Maihar Devi.
Maihar means mother's necklace. Mata Sharada is the abode of Goddess Sarada Devi on the Trikut mountain, 5 kilometers from the city. Maa Sarada Devi temple in the middle of the mountain top. The only temple of Mata Sharda across the country is in Maihar of Satna. Along with Mata, Shri Kaal Bhairavi, Lord, Hanuman ji, Goddess Kali, Durga, Shri Gauri Shankar, Shesh Nag, Phoolmati Mata, Brahma Dev and Jalapa Devi are also worshiped on this mountain top.

Alha and Udal first see mother:
It is believed that Alha and Udal who had fought with Prithviraj Chauhan were also great devotees of Sharada Mata. Alha and Udal were the first to discover this temple of Sharada Devi amidst the forests. After this, Alha pleased the goddess by doing austerities in this temple for 12 years. Mother had blessed him with immortality.
It is said that Alha Mata used to be called Sharada Mai, due to which this temple also became famous as the temple of Sharda Mai. Even today, it is believed that Alha and Udal do the darshan of Mother Sharda every day. There is a pond under the mountains behind the temple, called Alha Talab. Not only this, after going 2 kilometers further from the pond, an arena is found, about which it is said that Alha and Udal used to fight wrestling.
There is a story of religious significance attached to the temple that it is believed that Sati, the daughter of Daksha Prajapati, wanted to marry Shiva. His wish was not accepted by King Daksha. They considered Shiva as a companion of ghosts and Aghoris. Yet Sati married Lord Shiva on her insistence. Once King Daksha performed a Yagya. Brahma, Vishnu, Indra and other gods and goddesses were invited in that yagya, but did not deliberately call their gathering Lord Shankar. daughter of Daksha, Sati got disturbed. At the place of sacrifice, Sati asked her father Daksha the reason for not inviting Shankar. On this Daksha Prajapati uttered abuses to Lord Shankar. Saddened by this insult, Sati jumped into the Yagna-Agni Kund and gave her life. When Lord Shankar came to know of this accident, his third eye opened with anger. He took out the body of Sati from the Yagya Kund and lifted it on the shoulder and started doing the Tandava in anger. For the good of the universe, Lord Vishnu divided Sati's body into 52 parts. Shaktipeeths were constructed wherever the parts of Sati fell. In the next birth, Sati was born as Parvati to the house of the Himwan king and after severe penance got Shivji back as a husband. It is believed that the necklace of the mother was dropped here. the faith of the people is so staunch that devotees keep visiting here for years to see the mother. Apart from this, it is also believed that the first Adi Guru Shankaracharya worshiped here in the 9th-10th century. The temple of Sharada Devi is not special only from the perspective of faith and religion. This temple also has its own historical significance. The idol of Mata Sharda was established in Vikram Samvat 559. The inscription is also inscribed in the Devanagari script on the statue. Eminent historian A Cunningham has researched this temple in detail.

Community of devoters Each year Crores of devotee visit Ma Sharda Temple ,Maihar .Now devotee can register with us to get the latest updates on event and help us to grow.Register Here.

Goddess Sharada is also called Saraswati. She is the Goddess of learning. She provides intelligence, mind, wisdom and logic. She helps to fulfill one’s desire in life by the dint of her power of knowledge..

The temple is managed by Maa Sharda Prabhand Samiti. The committee, headed by district collector, has done significant work to enable better facilities to pilgrims and devotees visiting the temple from all over the country. 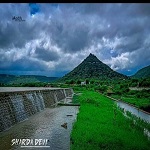 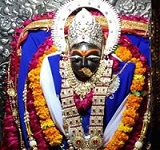 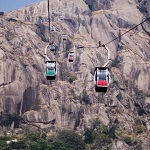